These are arrows that murder sleep
At every hour in the bitter-cold night:
Pangs of love throughout the day
For the company of the man from Roiny.
Great love of a man from another land
Has come to me beyond all else:
It has taken my bloom, no colour is left,
It does not let me rest.
Sweeter than songs was his speech,
Save holy adoration of Heaven’s King;
He was a glorious flame, no boastful word fell from his lips,
A slender mate for a maid’s side.
………
(In the battle of Aidne, Crede, the daughter of King Guare of Aidne, beheld Dinertach of the Hy Fidgenti, who had come to the help of Guare, with seventeen wounds upon his breast. Then she fell in love with him. He died, and was buried in the cemetery of Colman’s Church.”
http://www.gutenberg.org/files/32030/32030-h/32030-h.htm#Page_63

already ripped pages of my life

by this time white pieces of hair have grown,

regadless, chattery psalms in the head are chanting

and a relentless fire  is burning the heart-

but for this coronida** quickly write about, Muses,

this one, my rulers, overthrows your madness.

*Xanthippe was an ancient Athenian (of supposedly argumentative nature), the wife of pholosopher Socrates, and mother of their three sons: Lamprocles, Sophroniscus, and Menexenus.

**coronida (singular)-THE two KORONIDES (or Coronides) were two nymph daughters of the constellation-giant Orion. When the land of Boiotia (Boeotia) was struck by pestilence and drought they voluntarily offered themselves up as sacrifice to the gods, bashing out their own brains with shuttles. Persephone in pity then turned them into comets.

The name Koronides was associated with the Greek words korônis, “curving one” or “comet” and korônê “the shuttle” and “the crow.”

Philodemus of Gadara (ca. 110–ca. 30 BC) “was an Epicurean philosopher and epigrammatist who, having studied in the Epicurean school …”http://plato.stanford.edu/entries/philodemus )

“Do not write – Let us learn for ourselves how to die.
Ask only God… and to yourself if I loved you!
In your absence’s depth to hear that you love me
Is to hear heaven without ever getting there.
Do not write! ”

I know not whether thou has been absent:
I lie down with thee, I rise up with thee,
In my dreams thou art with me.
If my eardrops tremble in my ears,
I know it is thou moving within my heart.

I, too, wish to sing of heroic deeds
(about the Atreides, and about Kadmus),
but the lyre’s strings
can only produce sounds of love.
Recently, I changed the strings,
and then the lyre itself,
and tried to sing of the feats of Hercules,
but still the lyre kept singing songs of love.
So, fare well, you heroes!
because my lyre sings only songs of love.

by Anacreon (570 BC – 488 BC)
a Greek lyric poet, notable for his drinking songs and hymns.
Anacreon wrote all of his poetry in the ancient Ionic dialect.

I live, I die: I burn, I drown,
Amidst the cold, heat strikes me down
Too soft and too hard my life is to me
My great sorrows are mixed with glee.

All at once I laugh and I cry
And I endure great torment in pleasure.
My happiness flees, but lasts forever.
All at once I wilt and I thrive.

Thus inconstant love torments me.
Just as I think my pain has worsened
Without thinking so I am trouble-free.

Then when I believe my joy is certain
With happiness I so craved it fills me,
And sets me back to my first misfortune.

The earth trembled as you passed by,
Turning everything sacred as you walked.

And you set your blue eyes upon me for the first time,
speaking at me with the depth of the night
…like a nightingale who doesn’t need its wings to fly.
What a blessing it is to be worthy of your look.

I have seen rain on the desert,
and all impossible things coming true.

All of my prayers carry your name.
I wish to be pure so that I can desire you.

Take me as you will.
Your slave…

“If I know a song of Africa,

of the giraffe and the African new moon lying on her back,

of the plows in the fields and the sweaty faces

of the coffee pickers,

does Africa know a song of me?

Will the air over the plain quiver with a color that I have had on,

or the children invent a game in which my name is,

or the full moon throw a shadow over the gravel of the drive that was like me,

or will the eagles of the Ngong Hills look out for me?”

“Sweet evenings come and go, love,
They came and went of yore:
This evening of our life, love,
Shall go and come no more.

When we have passed away, love,
All things will keep their name;
But yet no life on earth, love,
With ours will be the same.

The daisies will be there, love,
The stars in heaven will shine:
I shall not feel thy wish, love,
Nor thou my hand in thine. ”

by George Eliot -i.e. Mary Anne (alternatively Mary Ann or Marian) Evans, an English novelist, journalist and translator, and one of the leading writers of the Victorian era..

She used a male pen name, she said, to ensure her works would be taken seriously…
http://www.poemhunter.com/george-eliot-2/

I have not been able

not because you are irreplaceable

simply because from one love to another

there is always some emptiness.

(translation of a poem by Dinos Christianopoulos, 1982)

The room was poor and shabby, a secret room above
the dubious tavern. From the window could be seen
dark shadows moving in a squalid narrow lane;
and from below came voices of town labourers
who now were loud at cards now voiced their jollity
with wanton song or joke, and called for drinks between.

And there — on the plebeian, unattractive bed
I had possession of the glowing body of love,
I had the inebriating lips voluptuously red —
the full red lips of such an inebriety
that even now, after so many eventful years,
writing thereof in my lone house, I reel again.

I have a need

I have a need for your voice,
a longing for your company,
and an ache of melancholy
for the absence of signs of arrival.
Patience requires my torment,
the urgent need for you, heron of love,
your solar mercy for my frozen day,
your help, for my wound, I count on.
Ah, need, ache and longing!
Your kisses of substance, my food,
fail me, and I’m dying with the May.
I want you to come, the flower of your absence,
to calm the brow of thought
that ruins me with its eternal lightning.

I fell in love with a Dimo from Paphos. not strange.

Then a Dimo from Samos. not important.

Thirdly again with a Dimo from Ysies. (one from Argolida and one from

Biotia) not a game anymore

Fourthly came a Dimo from Argolida.

The goddesses of fate must have named me Philodimo

to always love some Dimo. 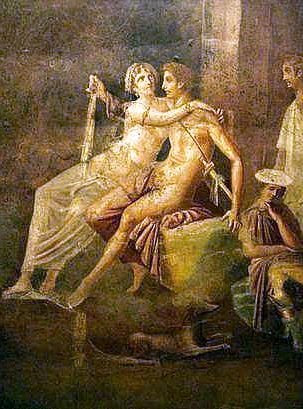 “When she welcomes me

I feel as some traveler returning

From the far land of Punt.

All things change; the mind, the senses,

Into perfume rich and strange.

And when she parts her lips to kiss

My head is light, I am drunk without beer.”

(Love Poems of AncientEgypt, translated by 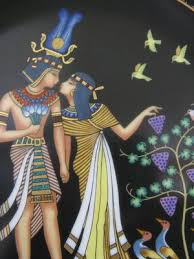