On Mirror Lake outspread for miles and miles,
The lotus lilies in full blossom teem.
In fifth moon Xi Shi gathers them with smiles,
Watchers o’erwhelm the bank of Yuoye Stream.
Her boat turns back without waiting moonrise
To yoyal house amid amorous sighs.

In a drained sea

In an abandoned garden

In a winter sky 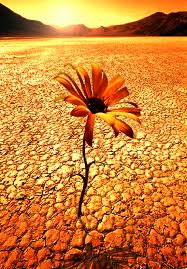 The water kept rising until everything was covered by it. He looked around and could not see land anywhere. He stared at the sky. It must have been late afternoon, but the sun was still so bright that the surface of the water looked yellow.

He started swimming slowly in the yellow sea, dreaming about his rescue. No land anywhere…

When he suddenly felt something solid on his feet, he thought he could step on it to rest. To his disappointment it was a fish passing by. He could not tell how big it was, because it moved away very fast.

It became dark. He was tired and cold. He tried to stay awake for awhile by looking at the moon. He has not seen such beautiful moon in his life. Right before he was about to close his eyes, myriads of flowers and green leaves started falling from the sky. It seemed as if someone was throwing them from the moon… In few minutes he was surrounded by colorful flowers. They  were glowing like little stars all around him, keeping him awake till dawn, till he drowned.

“Luc! You will be late to work.” Marcelle said, as she rushed into the bedroom to get her shoes. “Your coffee is ready. I will see you at lunch”.

Some nights Luc still stares at the sky waiting for those flowers to fall, and dreaming about Marcelle coming back.

A piece of hot iron

Is burning my mind

A column of salt

Is following me everywhere

And a feathered god

Is pointing at us 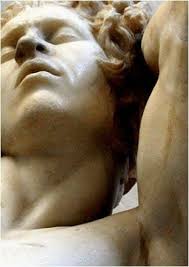 Don’t you see  its already 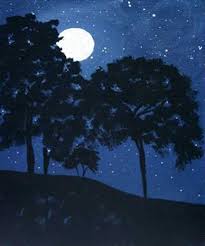